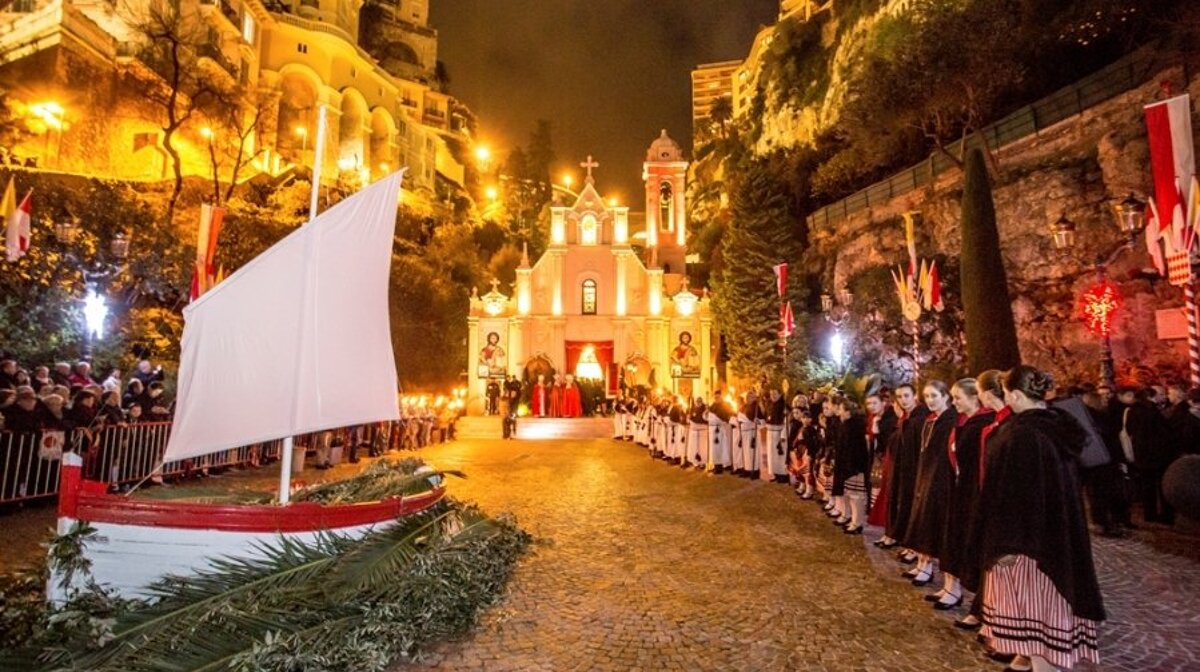 Sainte Dévote is the patron saint of both Corsica and Monaco and she died around 303 AD. On January 26th every year, the Principality of Monaco celebrates her.

Tradition holds that she was a Corsican woman born around 283 AD. A young virgin, she had decided to devote herself fully to the service of God. By order of the prefect Barbarus, she was imprisoned and tortured for her faith. Her mouth was crushed, and her body was dragged through rocks and brambles. She was martyred by being racked or stoned to death.

After her death, the governor of the province ordered her body to be burnt to prevent its veneration. However, it was saved from the flames by Christians. Her body was placed on a boat bound for Africa, where it was believed she would receive a proper Christian burial. When a storm struck the vessel, it is said that a white dove flew from her mouth and guided the boat to Monaco. There is a church built on the site where a storm-struck ship carrying Dévote's body docked in Monaco, the Eglise Sainte Dévote.

On January 26th every year, the Principality of Monaco celebrates its patron St. Dévote by burning a boat on the harbour, not far from the valley of Gaumates and the district of La Condamine. The next day, January 27th, day of the feast of Saint Dévote, hosts an impressive procession. This is a public holiday in the Principality.