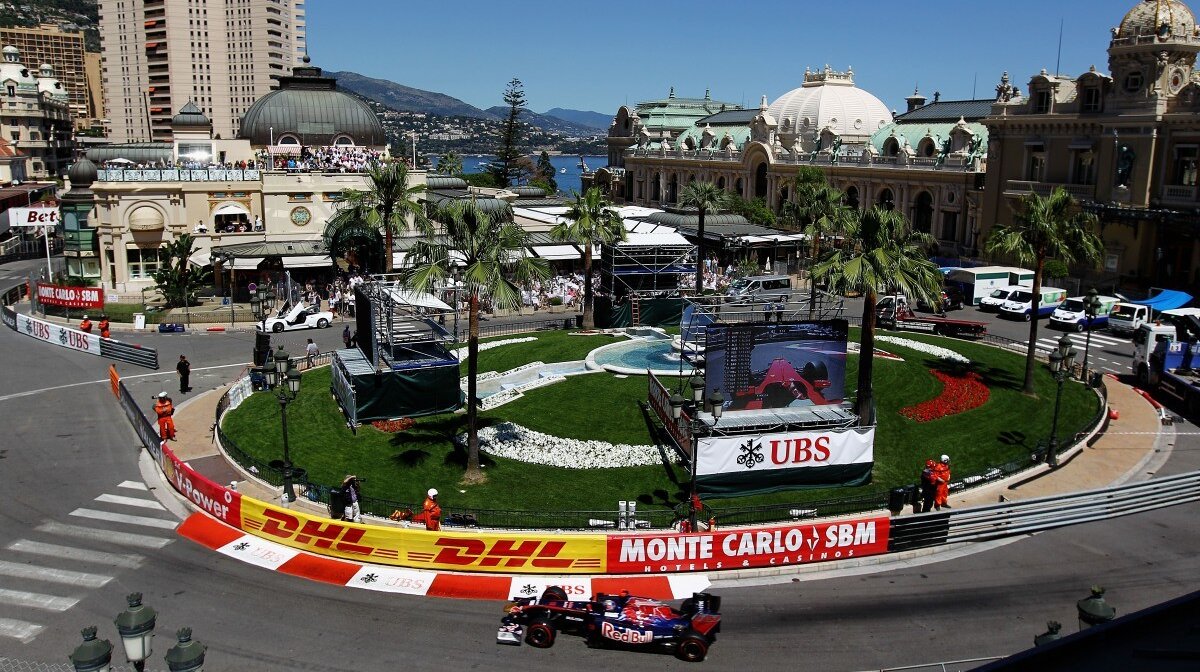 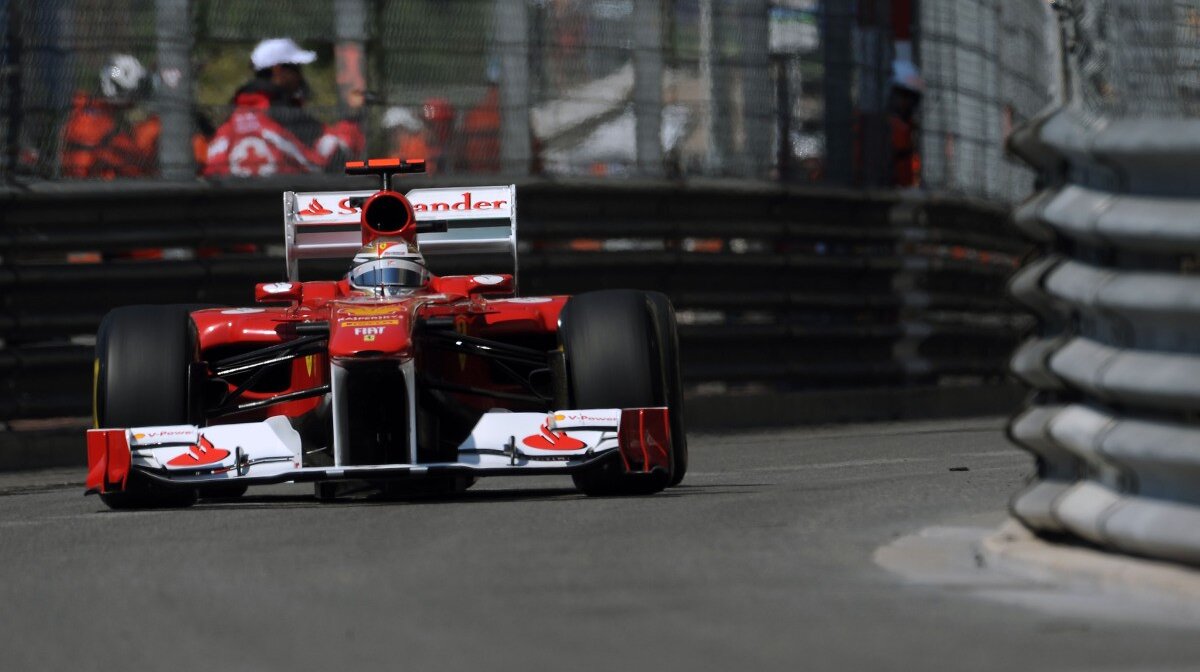 Ferrari on the Monaco circuit

The Monaco race is usually placed early in the F1 calendar. Reaching a speed of 170km/h round the streets of the small Principality this is a sight to behold.

Held since 1929, the Monaco circuit has been called "an exceptional location of glamour and prestige".

Taking place early in the calendar, the course is narrow and laid out within the streets of Monaco, with many elevation changes and tight corners as well as the tunnel - all making it one of the most demanding tracks in Formula One. During Grand Prix weekend, spectators crowd around the circuit. There are a number of temporary grandstands built mostly in the harbour area. The rich and famous will arrive on their yachts, and balconies around Monaco become viewing platforms, and many hotels and residents cash in on any bird's eye view of the race they may be able to offer.

The circuit runs around the streets of Monte Carlo and La Condamine, which includes the famous harbour. The circuit has many elevation changes, tight corners, and a narrow course that makes it one of the most demanding tracks in Formula One racing. It is still considered the ultimate test of driving skills in Formula One, and if it were not already an existing Grand Prix, it would not make it into the schedule for safety reasons. Notoriously the course includes 'the tunnel', and the contrast of daylight and gloom when entering and exiting the tunnel presents 'challenges not faced elsewhere'.

The Grand Prix attracts big-name celebrities each year who come to experience the glamour and prestige of the event. Big parties are held in the nightclubs on Grand Prix weekend, and the Port Hercule fills with party-goers joining in the celebrations.

On 14th April 1929, Prince Pierre inaugurated the first Monaco Grand Prix, and performed a lap of honour in a Voisin Torpedo driven by Race Director Charles Faroux. Louis Chiron, a Monégasque Grand Prix driver, was notable by his absence from the start line that day, as he was already committed to race in the Indianapolis 500. There were 16 cars on the grid (eight Bugattis, three Alfa Romeos, two Maseratis, a Licorne and a Mercedes SSK) with positions drawn at random. A certain Englishman by the name of W. Williams, who arrived too late to take part in the official practice sessions, got up at dawn on the Saturday and stunned all onlookers with an unofficial practice run. Williams went on to win the Grand Prix in a green 35B Bugatti in a time of 3h56m11sec, at an average speed over the 100 laps of 80.194kph. The race was a phenomenal success.

The race rapidly grew in importance, and in 1936 became a round of the new European Championship. However due to the cancellation of all racing during the Second World War, and then financial issues, the next race did not take place in Monaco until 1947. The Monaco Grand Prix returned in 1955 following years of cancellations and problems with regulations, and would be a part of the Formula One World Championship for the next 64 consecutive years.

Britain's Graham Hill won the race five times in the 1960s and became known as 'The King of Monaco' and 'Mr Monaco'. In the 1970s track alterations, safety, and business interests dominated. By 1972 the circuit had been almost completely Armco crash barrier lined, and in the early years of the decade Brabham team owner Bernie Ecclestone, with the collective support of the Formula One Constructors Association, started to push for more entrants to be permitted. TV rights also began to cause issues between the various parties involved. All in all this was a decade that numerous times jeopardised Monaco's inclusion in the championships.

For the decade from 1984 to 1993 the race was won by only two drivers, Frenchman Alain Prost and Brazilian Ayrton Senna. Senna holds the record for the most victories in Monaco, with six, including five consecutive wins between 1989 and 1993, as well as eight podium finishes in ten starts.

The Monaco Grand Prix is widely considered one of the most prestigious automobile races in the world alongside the Indianapolis 500 and the 24 Hours of Le Mans. These three races are considered to form a Triple Crown, and to date Graham Hill is the only driver to have won the Triple Crown, by winning all three races. Only 13 drivers have won two of the three events (to date).

Ayrton Senna holds the record for the number of Monaco wins, with six. Graham Hill and Michael Schumacher have won the race five times respectively. The winning teams are headed up by McLaren with 15 wins, followed by Ferrari and Mercedes.

The erecting of the circuit takes six weeks, the removal takes three weeks. There was no podium as such at the race until 2017.