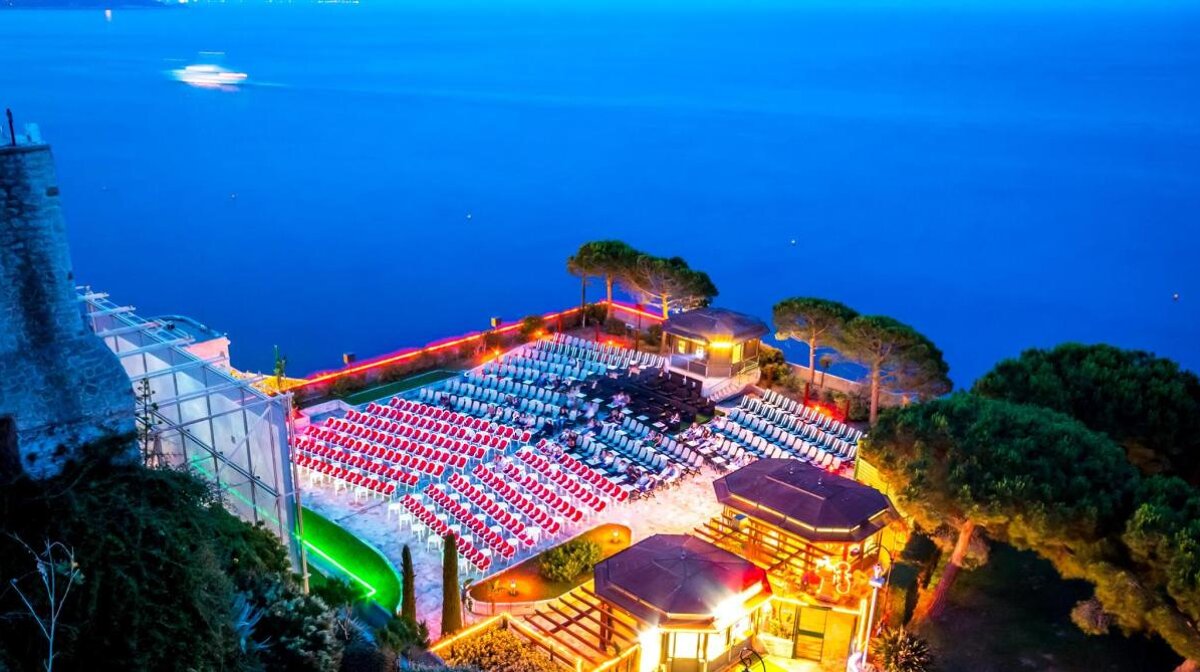 From mid-June until the first week in September each year, Europe's largest outdoor cinema is opened at Le Rocher de Monaco.

Set in a breathtaking location on the legendary Rock, under the stars, overlooking the sea, the cinema shows a different film on an incredible 220m2 screen every evening in its original version (with French subtitles). Film choice is usually the latest blockbuster movies, although sometimes a classic film makes an appearance.

It has a relaxed and friendly atmosphere, there are 500 seats, some with cushions, there's a standing area, private and cosy lounge, and some loungers are also available. The cinema's bar sells champagne, beer or wine, soda, popcorn, candy and a fast-food style meal.

Doors open well before the film starts, and as reservations are not available we recommend getting there early to bag your seats.