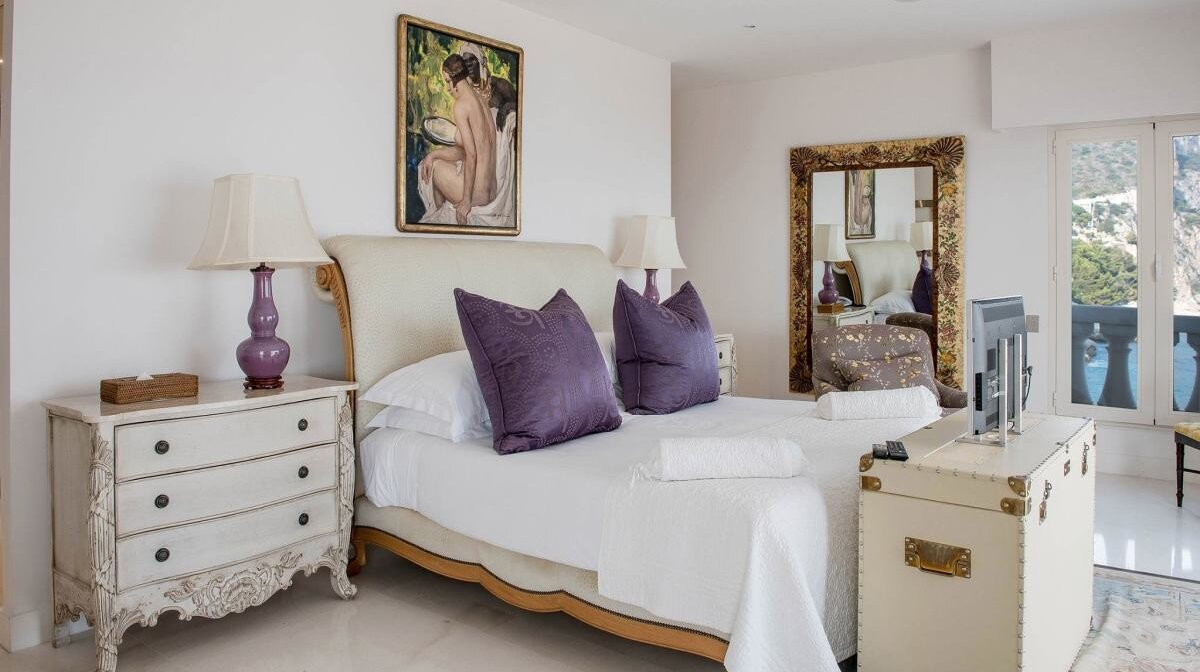 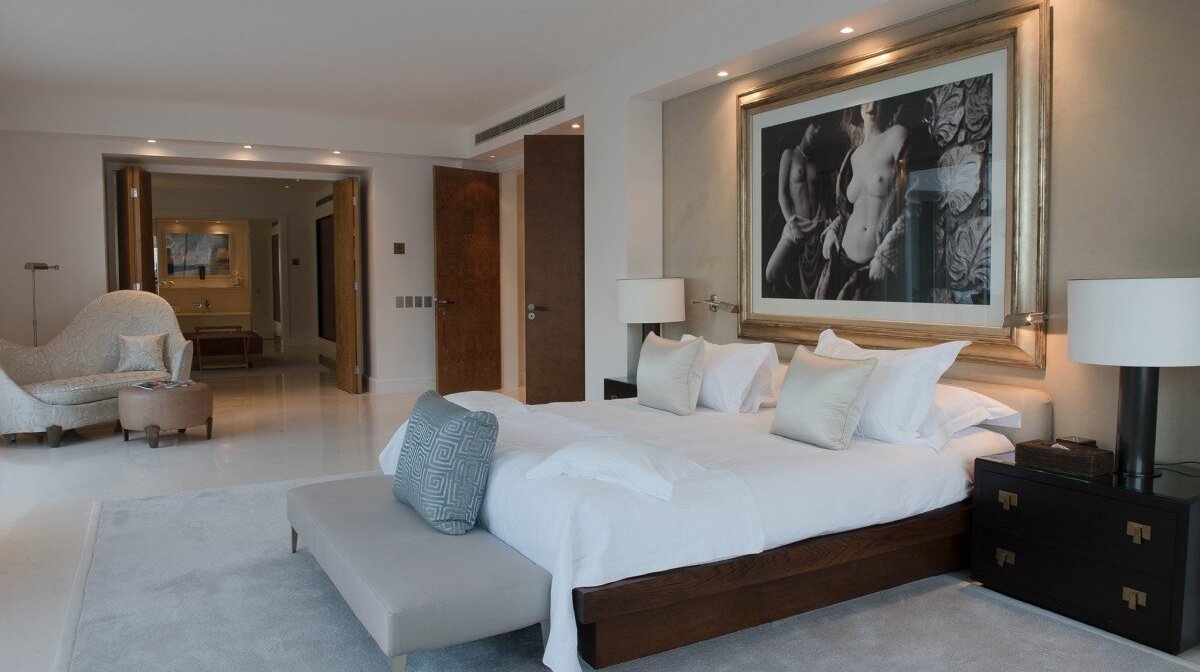 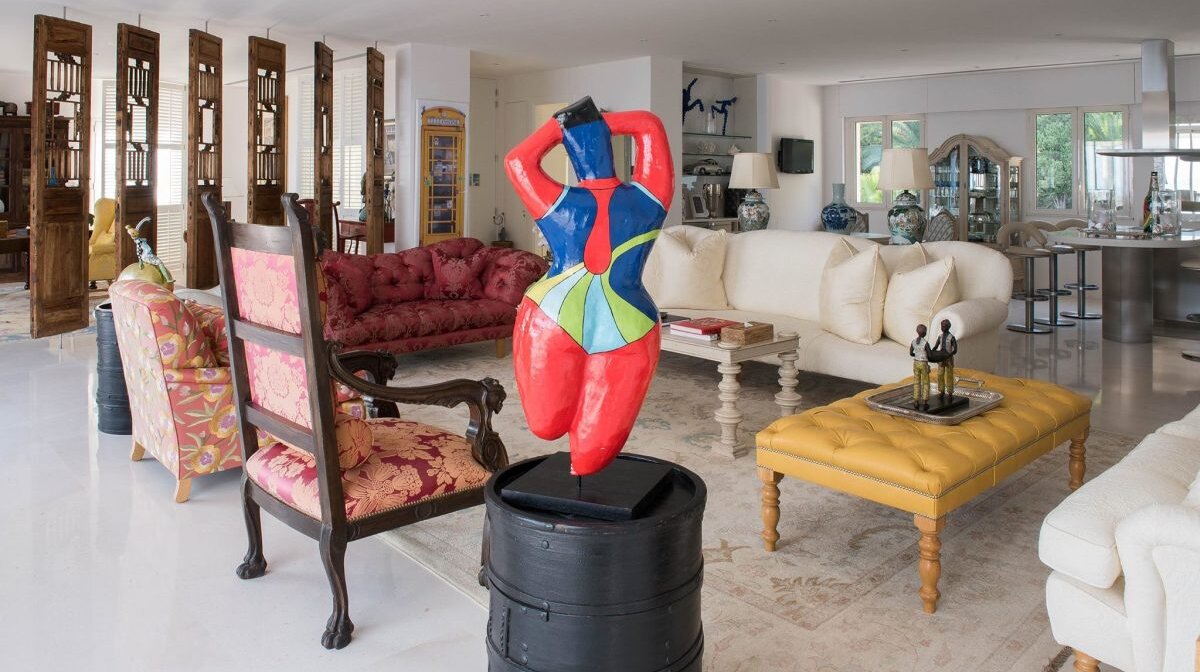 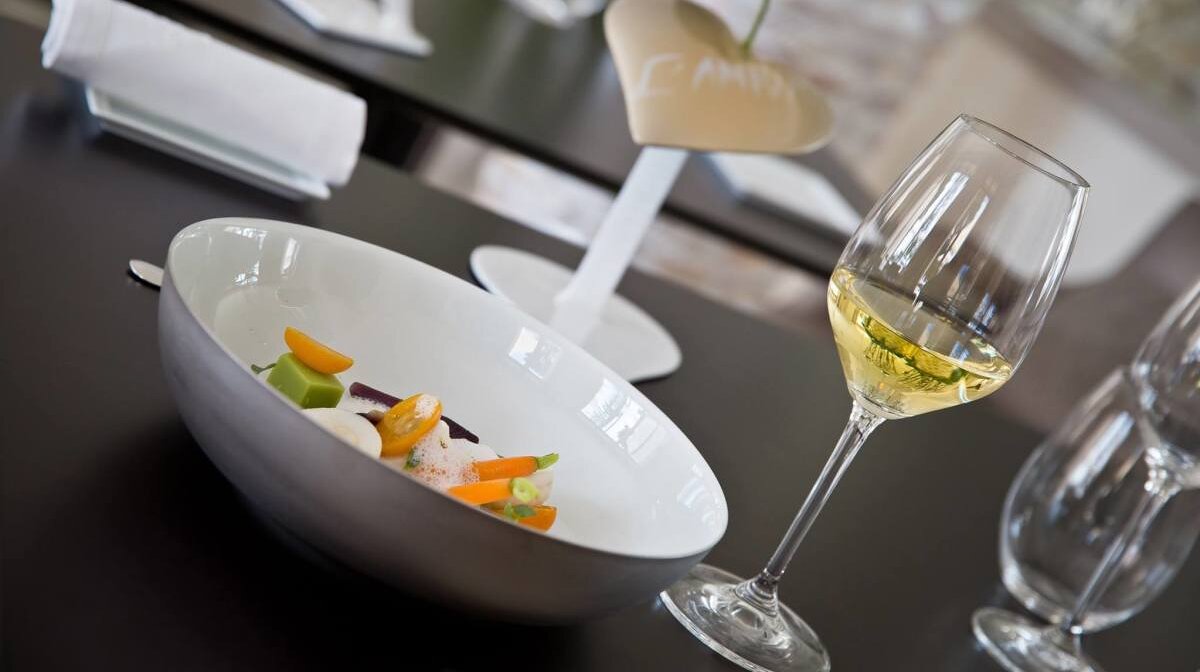 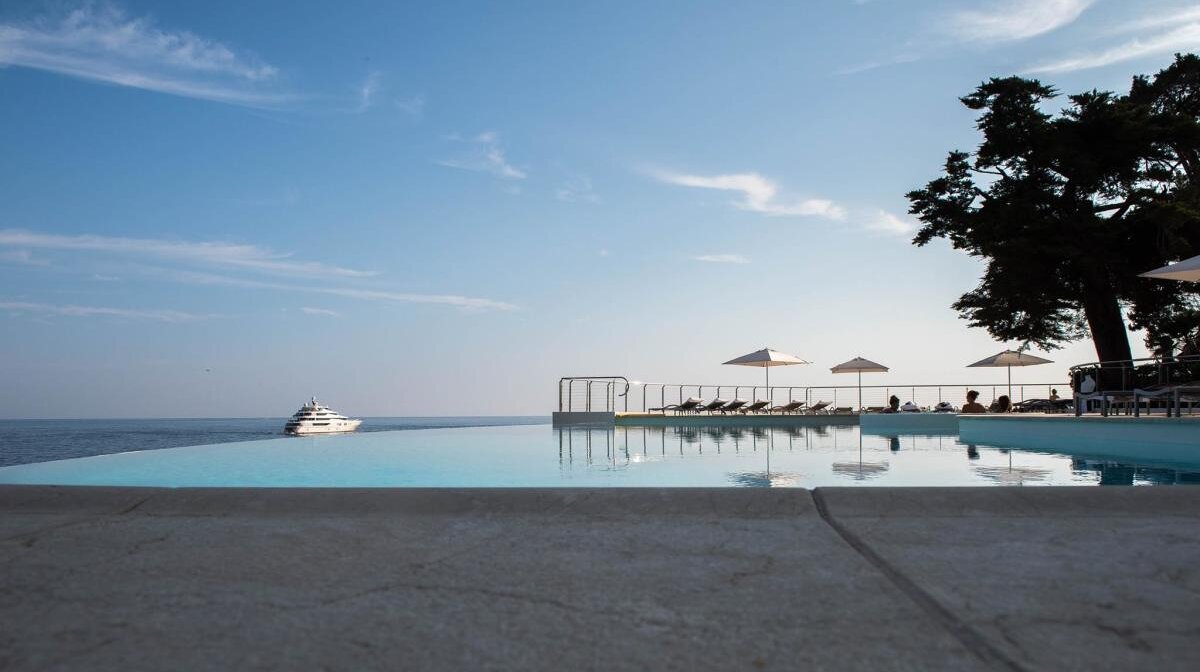 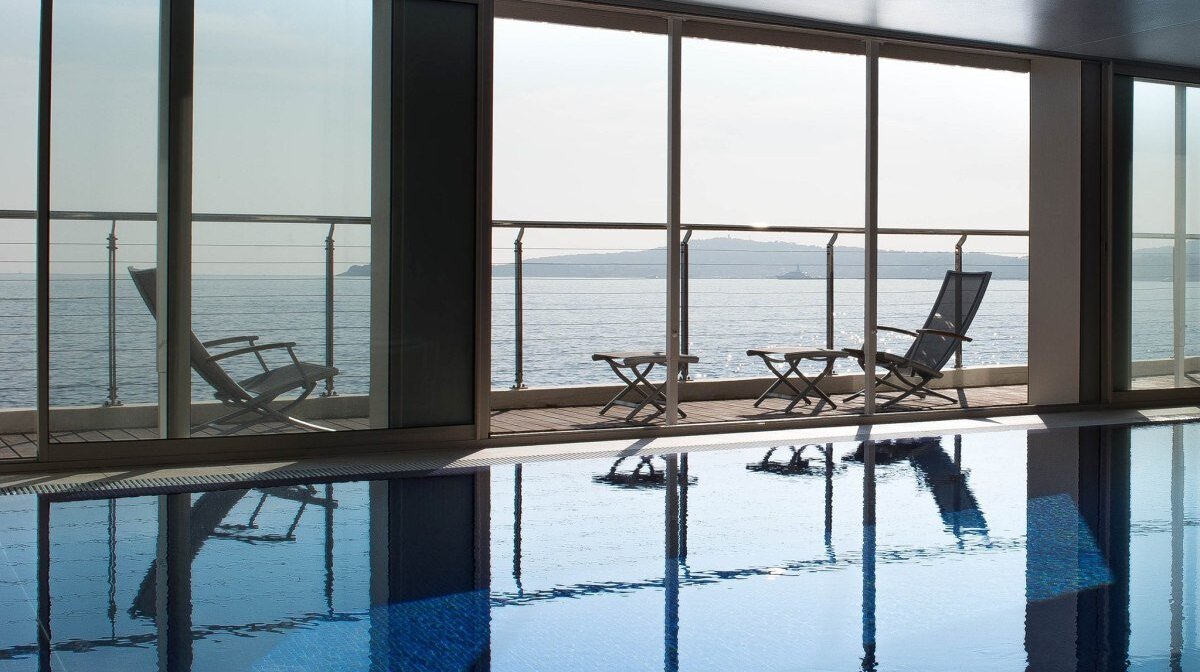 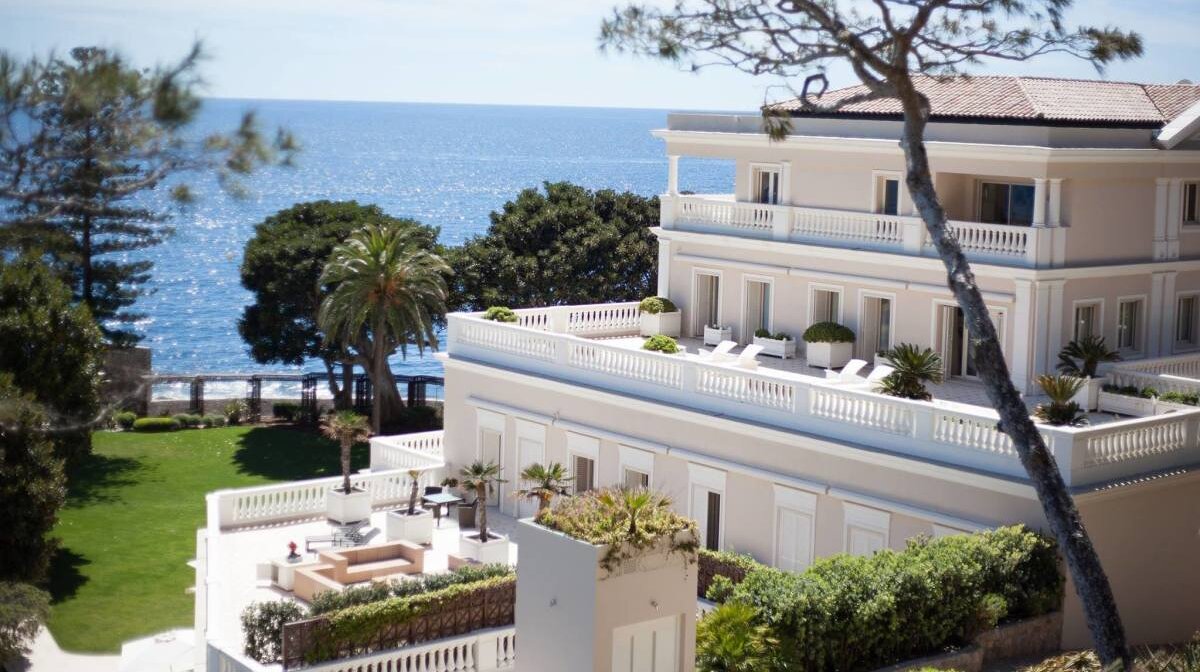 A double bedroom in the hotel

A suite in the hotel

The lobby of the hotel

The restaurant at the hotel

The outdoor swimming pool at the hotel

The indoor swimming pool at the hotel

The exterior of the hotel

Situated on its own two-hectare peninsula jutting into the Mediterranean Sea, the hotel has wonderful panoramic views. With only 28 rooms spread over four separate locations, it is a very private and luxurious place to stay.

Most of the rooms are located in a mansion built in 1899 but extensively renovated in 2003. It has two penthouse suites with spacious private terraces and deluxe double rooms on the lower floors. There are also three rooms by the sea's edge overlooking the private beach, a separate Italian-style building with two apartments, and another two suites built above the sea.

There is also a great gourmet restaurant, a poolhouse and a relaxing spa. Additionally, the hotel boasts a private beach, two pools, one of them with an infinity edge and jacuzzi, and a cinema.

This hotel has an outdoor sea-water infinity pool (heated from May to November) as well as an indoor heated freshwater pool. A jacuzzi, gym, sauna, steam room and private beach also compliment this. The Spa by Sothys of Cap Estel is available for beauty treatments for body and face by their professional team.

The Cap Estel restaurant, La Table de Patrick Raingeard has one Michelin star, and is open each week from Tuesday evening until Sunday lunch. The menu combines the freshest seasonal produce and original flavours, with fine scents from the Mediterranean and spices from beyond. It showcases fresh produce directly harvested from the hotel’s kitchen garden.